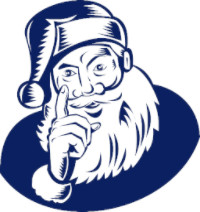 Dreaming in the Dark (edited by Jack Dann)
A celebration of Australia’s current golden age of science fiction, fantasy, horror, and magical realism. Jack Dann ‒ multi-award-winning author and co-editor of the classic Dreaming Down-Under, the first Australian book to win a World Fantasy Award ‒ has collected a wonderfully eclectic range of short fiction that showcases what our best fantasists are doing right now in these genre-bending times.

Vigil by Angela Slatter
Verity Fassbinder has her feet in two worlds. The daughter of one human and one Weyrd parent, she has very little power herself, but does claim unusual strength and the ability to walk between us and the other as a couple of her talents. As such a rarity, she is charged with keeping the peace between both races, and ensuring the Weyrd remain hidden from us.

The Grief Hole by Kaaron Warren
There are many grief holes. There’s the grief hole you fall into when a loved one dies. There’s another grief hole in all of us; small or large, it determines how much we want to live. And there are the places, the physical grief holes, that attract suicides to their centre.

Sol Evictus, a powerful charismatic singer, sends a young artist into The Grief Hole to capture the faces of the teenagers dying there. When the artist inevitably dies herself, her cousin Theresa resolves to stop this man so many love.

Sisters of the Fire by Kim Wilkins
Battle-scarred warrior princess Bluebell, heir to her father’s throne, is rumoured to be unkillable. So when she learns of a sword wrought specifically to slay her by the fearsome raven king, Hakon, she sets out on a journey to find it before it finds her. The sword is rumoured to be in the possession of one of her four younger sisters. But which one?

Aurora: Decima by Amanda Bridgeman
The tenth year war is coming. Carrie Welles has survived more attacks than she can count, but each one has made her stronger. She refuses to be a victim any more. While her nemesis, Sharley, continues to be a threat, she works with Harris and the Aurora team to protect the future, vowing to raise her children and fight as the soldier-mother she was destined to be.

‘Alan Baxter is an accomplished storyteller who ably evokes magic and menace. Whether it’s stories of ghost-liquor and soul-draining blues, night club magicians, sinister western pastoral landscapes, or a suburban suicide – Crow Shine has a mean bite.’—Laird Barron, author of Swift to Chase

‘Crow Shine, by Alan Baxter, is a sweeping collection of horror and dark fantasy stories, packed with misfits and devils, repentant fathers and clockwork miracles. Throughout it all, Baxter keeps his focus on the universal problems of the human experience: the search for understanding, for justice, and for love. It’s an outstanding book."—Nathan Ballingrud, author of North American Lake Monsters

[compiled with thanks to Alexandra Pierce’s ‘Aurora Australis’ column on Tor.com]
Posted by Keith Stevenson at 3:29 PM No comments:

The Rise of Anti-Science

One of the most inspirational scenes in the movie The Martian was where Matt Damon’s astronaut, marooned on the red planet and facing certain death, decided to ‘science the shit’ out of his problem. It encapsulated the strong belief that used to dominate our world: that science can solve our problems.

Right now, we’re seeing the rise of a new breed of populist politicians who ignore the facts and look on science with disdain because it doesn’t fit the narrative they’re peddling. Science is no longer the solution, scientists are viewed with suspicion, and meanwhile the planet is going to hell.

It’s hard for normal people to fathom the self-serving cynical depths to which pollies like One Nation Senator Malcom Roberts sink, rejecting the mountain of evidence on climate change as some kind of ‘scientific con game’; or the pronouncement last year by one-time Environment Minister Greg Hunt that the Great Barrier Reef had been taken off the World Heritage Endangered List when the latest reports from the Marine Park Authority Director show it’s in more danger of destruction than ever before. As for president-elect Donald Trump’s promise to walk away from the Paris Climate Change Treaty, and his chief of staff’s statement that climate denial will be the ‘default position’ of the Trump administration, words fail me. We are in deep shit.

Our new Environment (in name only) and Energy Minister Josh Frydenberg recently welcomed Trump’s announcement that he would lift restrictions on fossil fuel exploration, commenting that it would be ‘good for consumers’. We’ve already breached 400 parts per million concentration of CO2 in our atmosphere, which means we’re headed for environmental disaster. All the carbon we have in the ground needs to stay there. Scientists have proved it time and again. But after the recent power outage in South Australia ‒ which had nothing to do with that state’s reliance on renewable energy and everything to do with the extreme weather events predicted by climate scientists ‒ Frydenberg is talking up ‘energy security’. This is code for turning your back on scientific development and increasing the mining and use of fossil fuels. It gets worse. Just last week the government pledged $1 billion to fund a railway to the new Carmichael coal mine, and shelved plans for an emissions credit scheme in the face of criticism from the far right. It seems our government is ignoring science and backing nineteenth-century technology.

It doesn’t have to be that way. Ireland, which generates a little under 25% of its energy needs from wind power, is trialling a new technology to bridge the gap between renewable energy and storage batteries. When renewable supply drops, the grid needs to be able to quickly compensate for the energy gap to give batteries enough time to come up to speed. The answer is not to augment supply with coal power but to use ultracapacitors. Standard capacitors in your phone supply a quick burst of energy to power the camera flash. The first capacitors used carbon derived from coconut husks. But since then there’s been a huge amount of development in this field using new materials, and tests in the US show that grids with ultracapacitor backups are 10–15% more efficient than battery-only setups.

The scientific progress of our industrial civilisation has caused a lot of problems, but it has also improved our lives immeasurably. That continued progress is the only thing that will save us. Telling lies or repeating the mistakes of the past – like approving the Carmichael coal mine  – will get us nowhere. As Ayn Rand said, ‘We can evade reality, but we cannot evade the consequences of evading reality.’

This article originally appeared in Beyond, my free newsletter for lovers of science and science fiction. Sign up here - http://eepurl.com/btvru1
Posted by Keith Stevenson at 6:06 PM No comments:

The golden age of science fiction often imagined Venus as a jungle world, steamy and wet, where shipwrecked astronauts were driven insane by the incessant pounding of tropical downpours, as in Ray Bradbury’s ‘The Long Rain’.

The reality of Venus is a world that’s  searingly hot, covered in toxic clouds and with a corrosive atmosphere that’s inimical to life as we know it. But, just as the current exploration of Mars is finding evidence that surface water was once present on that arid planet, another group of scientists is investigating the history of our warmer sister planet.

Earth and Venus have a lot in common: they’re about the same size and density, and the fact that they formed around the same time in the primordial solar system suggests they share a lot of the same materials. Venus has a high ratio of deuterium to hydrogen atoms in its atmosphere, which suggests the planet contained a substantial amount of water at one time that could – as on Earth – have hosted the building blocks of life. NASA is currently considering two options for remote exploration of Venus, including a high resolution mapping mission and the tortuously acronymed Deep Atmosphere Venus Investigation of Noble Gases, Chemistry, and Imaging (DAVINCI) mission, both of which could rewrite our understanding of Venus and how we think about potentially life-bearing extra-solar planets in the future.

This article originally appeared in Beyond, my free newsletter for lovers of science and science fiction. Sign up here - http://eepurl.com/btvru1
Posted by Keith Stevenson at 4:37 PM No comments:

The barrier between the outside world and the sacred space inside your head is eroding at an accelerated rate. An algorithm has been developed that scours social media posts and can predict depression in the poster with 70% accuracy, which is twice the accuracy rate of human doctors. Elsewhere scientists have developed nanobots that release drugs into your system when a particular ‘mind-state’ is detected.

The desire to identify and ensure early intervention for depressive and possibly suicidal tendencies is clearly understandable. Similarly, being able to trigger drug release in patients when they’re experiencing a seizure minimises improper dosing and ensures the drugs are extremely well-targeted. But as a science fiction author, I can imagine all kinds of alternative applications for these technologies that we might not applaud so readily.

No doubt the security agencies already have algorithms scouring our likes and tweets for hints of terrorist leanings, but the algorithm isn’t yet so refined that it provides actionable data on its own – or I don’t think it does. But it may get to that stage in the not-too-distant future and then we could be in Minority Report PreCrime territory, where even a mild inclination in our social media stream will be evidence of guilt.

This type of ‘preventative enforcement’ could go even further if we think about those drug-filled nanobots. Once a particular synaptic firing sequence that the government finds particularly abhorrent – say a desire for social change – is identified and targeted, the nanobots swarming through or body could automatically alter our mood or even tranquilise us. If that happens, any potential revolution will be quashed before it can truly begin.

Posted by Keith Stevenson at 4:31 PM No comments: