In a refreshing move that hopefully will send a signal to other book publishers and sellers, all Angry Robot ebooks are sold DRM-free.
Ever since Cory Doctorow highlighted the craziness that is DRM (digital rights management), we've seen big publishers ram their DRM-locked titles down our collective throats. Not only is this contrary to the way books have been published, bought, and shared since year one, it's been a major drawback to the proliferation of ebooks and ebook readers. I love my Kindle, but I hate the fact that Kindle titles come DRM-locked so I can't share them with my friends. Coeur de lion publishing, is opposed to DRM and published its latest anthology Anywhere but Earth without DRM because we believe you should be able to read your ebook on whatever platform you choose. We also believe that sharing books is a good thing and will not affect the bottom line in any real way. If you treat people like responsible adults, that is the way they will act i.e. most people are not about ripping other people off.
It’s nice to see Angry Robot – which publishes a lot of Australian spec fic – believes the same thing.
Posted by Keith Stevenson at 7:13 PM No comments: 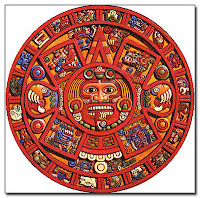 I sincerely hope the world doesn't end this year. I don't think I have time to fit that in. Things to do in 2012... Firstly we'll be moving into our new house - finally! - in beautiful Wollongong. After that, I'll be writing a 'how to' article to appear in WQ (the Qld Writers' Centre magazine) all about podcasting and what you need to do to get a top quality podcast together and on the net. [My previous article for WQ on small press publishing is here.] Then in September, I'll be a guest of honour at Conflux 8, so between now and then I'll be mulling over my GoH speech. It's not so much, 'what should I talk about?' as 'what should I leave out?' as I'll only have an hour and there's so much that I could talk about, including small press publishing, what is good editing, good writing, how do the editor and writer work to make a story the best it can be, what are the pitfalls and dangers? Anyway it'll all be sorted by September. At the same con, we'll be launching Adam Browne's debut novel Pyrotechnicon, and there's lots to do on that between now and then. And then of course there's continuing work on the Kresh novel. It's going well. Really well, but I don't think it will be ready for a publisher before 2013, so those Mayans had better be wrong!
Posted by Keith Stevenson at 1:30 PM No comments: