Summer reading had me a blast...

Finally the summer holidays beckon, the novel is laid aside with a minimum of guilt till 2013, and the last mentorships for the year are finishing up. Time for some summer reading.

I've already started the first book on my list. Well, how could I resist the next Culture novel? Anyway here's what's on my virtual bedside table:

Check my goodreads feed on the right sidebar for reviews. 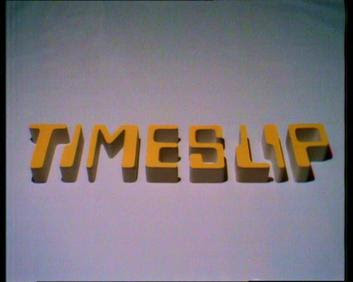 Talking to author Louise Katz the other night, I was reminded of some really disturbing kid's TV shows I watched as a child which have stayed with me all these years. The show we were talking about was based on a novel called Marianne Dreams by Catherine Storr. Louise remembered the 1988 movie Paperhouse but I remembered the earlier ATV show Escape Into Night (from - dare I say - 1972). This from wikipedia:


Escape Into Night deals with a young girl, Marianne, whose drawings become the basis for dreams, and how the dividing line between dreams and reality blurs.

I remember particularly the girl, in a fit of pique, drawing some monsters which - chillingly - become real. That got me thinking about other shows I enjoyed from that era which had a disturbing element to them that - and I'm happy to be proved wrong here - I believe is missing from more modern children's television fare.


Timeslip was a British children's science fiction television series made by ATV for the ITV network and broadcast between 1970 and 1971. The series centres around two children who discover the existence of a strange anomaly, known as the “Time Barrier”, that enables them to travel in time to different historical periods in alternate pasts and futures.

I remember in particular the kids meeting their grown up selves in a future world wracked by climate change. Quite a mindfrak for a youngster.


Ace of Wands was a fantasy-based British children's television show broadcast on ITV between 1970 and 1972. The title, taken from the name of a Tarot card describes the principal character, called "Tarot" who combined stage magic with supernatural powers.

This had a pretty funky theme tune and some really weird magical goings on.


The Changes posits a Britain where a sudden enveloping noise emanating from all machinery and technology causes the population to destroy them. The resulting upheaval displaces many people and reverts society back to a pre-industrial age where there is a deep suspicion of anyone who may be harbouring machinery. Even the words for technology are taboo. The remnants of modern technology that escape destruction (such as electricity pylons) produce a physical and sometimes violent repulsion among those left in Britain.

I remember that weird noise and the fact no-one could use machinery. It turned out it was all the doing of a reawakened Merlin...


Children of the Stones followed the adventures of astrophysicist Adam Brake and his young son Matthew after they arrive in the small village of Milbury, which is built in the midst of a megalithic stone circle.

All was not well in the village and I've never looked at standing stones the same since. The shrieky theme tune was also seriously scary.


The Tomorrow People concerned the emergence of the next stage of human evolution (Homo superior) known colloquially as Tomorrow People. Born to human parents, an apparently normal child might at some point between childhood and late adolescence experience a process called "breaking out", when they develop their special abilities. These abilities include psionic powers such as telepathy, telekinesis, and teleportation. However, their psychological makeup prevents them from intentionally killing others.

This made a big impression on me. Not only the fact that a normal school boy could develop telepathic and teleportation powers, and that this was part of normal evolution, but one of the first stories I remember dealt with the factionalisation of his school into supporters of Green or Blue - a series of events controlled by an alien race that had used a similar trick to cause upheaval in ancient Rome and feed on the resulting violence.


The Owl Service was an eight-part television series based on the fantasy novel of the same name by Alan Garner. It used editing techniques such as jump cuts to create a sense of disorientation and also to suggest that two time periods overlapped. The direction was quite radical and seemed to be influenced by the avant-garde, a noted contrast to what might be expected of a children's serial.

The Owl Service was seriously frakked up. I've since watched the DVDs as an adult and it's even more frakked up than my young self remembered.

And of course the adult series Out of the Unknown fired the feverish imaginings of a young SF tragic...


Out of the Unknown was a British television science fiction anthology drama series, produced by the BBC and broadcast on BBC2 in four series between 1965 and 1971. Each episode was a dramatisation of a science fiction short story. Some were written directly for the series, but most were adaptations of already published stories.

Especially the episode 'Get Off My Cloud' about a psychiatrist that travels into the mind of a madman in order to lead him back to sanity (featuring Daleks in the prologue!).

There are other shows I can recall but whose names escape me. Happy to have my memory jogged though!

The Next Big Thing - The Way of The Kresh

The next big thing is a series of tag team blog posts by writers about their next novel, whether about to be published or 'in development'. Horror/ Fantasy/ YA/ Steampunk author extraordinaire Richard Harland graciously tagged me, so here's my contribution to the great Next Big Thing chain letter.

1) What is the [working] title of your next book?
The next book is actually two books, and an idea for the third. The working title of the trilogy is The Kresh War with book one titled The Way of The Kresh.

2) Where did the idea come from for the book?
I had a flash of an image on the way home on the tram from the Aurealis Awards in 1999. Yes, it's been a long time coming, this novel. The image was of humans holding down an alien on a table and cutting off a vital organ. That sowed the seed for what has become a big space opera wrapped around my central character's personal crusade.

3) What genre does your book fall under?
Science fiction! :)

4) What actors would you choose to play the part of your characters in a movie rendition?
I have two central characters. One is a hotheaded young Earthman who I see as a young Christian Slater.
My main character would be in heavy make-up and possibly CGI'd 'cos he looks like this:

But I think he could be voiced by Sean Bean or Liam Neeson. He suffers a lot but has tremendous inner strength, so that seems to fit.

5) What is the one-sentence synopsis of your book?
Mutilated by humans and cast out by his own people, one alien battles to throw off the yolk of human invasion and free his world.

6) Will your book be self-published or represented by an agency?
Well, it would be nice to get a book deal but the traditional model of publishing seems to be imploding right now, so if all else fails I'll do it myself.

7) How long did it take you to write the first draft of the manuscript?
The two books actually grew out of a series of short stories I wrote in the early 2000s. Since then I've been playing with it off and on and finally finished a first draft of both books last year for a total word count of 170,000. This year I've been busy with publishing work, so 2013 will see a concerted effort to produce a polished draft.

8) What other books would you compare this story to within your genre?
Books and other things. My main alien character has a definite 'Babylon 5 G'Kar' feel to him: great suffering, linked with indomitable strength and purpose. In terms of depicting multiple alien races and convincing spaceflight and space battles, I think it also shares something in common with CJ Cherryh's Chanur books. There are many other influences and homages from Asimov to Niven.

9) Who or what inspired you to write this book?
I've been writing since my early teens and I can't seem to stop. Not sure where it came from  but I just write - not 'for' anyone or anything other than myself.

10) What else about the book might pique the reader's interest?
Realistic portrayal of an alien society with quite a different orientation from our own, lots of action and excitement and a broader moral and ethical canvas that underpins all that.

Okay, time to tag someone else. I've put the call out through this blog and to a heap of authors I know, but it seems most of them have already been tagged or aren't in a position to contribute.  I couldn't quite scrape together five, but these four have some quality writing in store for you, so next up, on Wednesday 19 December: Rjurik Davidson, Talie Helene and Micheal Planck.
Posted by Keith Stevenson at 5:00 PM 1 comment:

Email ThisBlogThis!Share to TwitterShare to FacebookShare to Pinterest
Labels: Kresh

Writers: want to be next up in The Next Big Thing? The Next Big Thing is a kind of tag team blog post by authors about their next novel, whether close to completion or just a twinkle in the eye. It's been going for a while now and each new blog post by an author links to 5 other author blogs who blog about their work the week after, which then link to 5 more... You get the picture.

It's a chance to add your own particular spice to the globe-spanning soup that is the internet. And given the success of 50 Shades of Grey has proved that pretty much anything can happen these days, it's at least worth a shot if you want to spruik your work to the world.

So... Richard Harland is blogging on 5 December and I'll be one of his links with my own blog post going up on 12 December. The question is, who will I link to??? I've tried quite a few writing buddies and they've already been tagged. This is where you come in. If you want me to link to you, and you're prepared to write about your next big thing on 19 December, then leave a comment to this post and include the url to your blog and I'll be in touch

Oh, by the way, these are the questions you have to answer:

Posted by Keith Stevenson at 5:34 PM No comments: