You can't plan to be creative 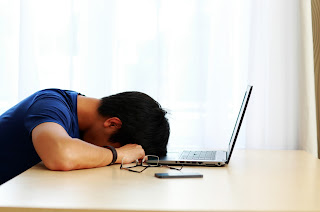 Back in 2003, I wrote ‘Where Do You Get Your Ideas From?’, an editorial for Aurealis #31, where I interviewed a number of Australian speculative fiction authors about the well-spring of their creativity. The answers, which you can read here were diverse but also shared a common thread -- the ability to be open to the world around us and to recognise the potential of what we find.

A recent article by Christine Aschwanden on Writer Unboxed reveals how studies in Artificial Intelligence, are developing an emergent idea of creativity. The Picbreeder site uses an algorithm called NeuroEvolution of Augmenting Topologies (NEAT) developed by AI researcher Kenneth Stanley. NEAT presents a matrix of random shapes; viewers select one, which then generates a new matrix of ‘child shapes’, and the process is repeated. Through this continuing interaction it’s quite common that recognisable images are created, but it’s only in hindsight that the emergence of the image is obvious. There’s an interplay here between the random shape generation of NEAT and the choices made by the viewer. No human action is entirely random; there is, at the very least, an unconscious aesthetic guiding the viewer’s picture selection. But it’s not as if the viewer can set out to create a specific image of, say, a butterfly, because NEAT makes it impossible for that degree of planning to manifest in the end result

Psychologists are now theorising that the Picbreeder results provide a good roadmap for how creativity works. The artist is presented with a given ‒ maybe a piece of wood, maybe the view out their window, maybe a story setting, character or situation. The choices they make incrementally create new options, which they react to in an intrinsic way, perhaps guided by their sense of shape or colour, or what feels right in the context of the story they are creating. That reaction then impresses itself on the work, which gives rise to another reaction, and on and on in a feedback loop of discovery.

It’s a common theme in discussions with writers that the book they think they are writing at the outset is not what it ultimately becomes. The book finds its true meaning along the way. In my own writing, I’m constantly amazed by how flexible story structure is. How it can bend and flex to allow for unintentional detours. And just how vital and exciting the changes that emerge from this process can be. That’s not to say a detailed plot outline isn’t helpful to some writers. But if we can at the same time be open to our instinctual feel for the potential of the new and different, perhaps that’s where true creativity emerges.
Posted by Keith Stevenson at 6:28 PM No comments: